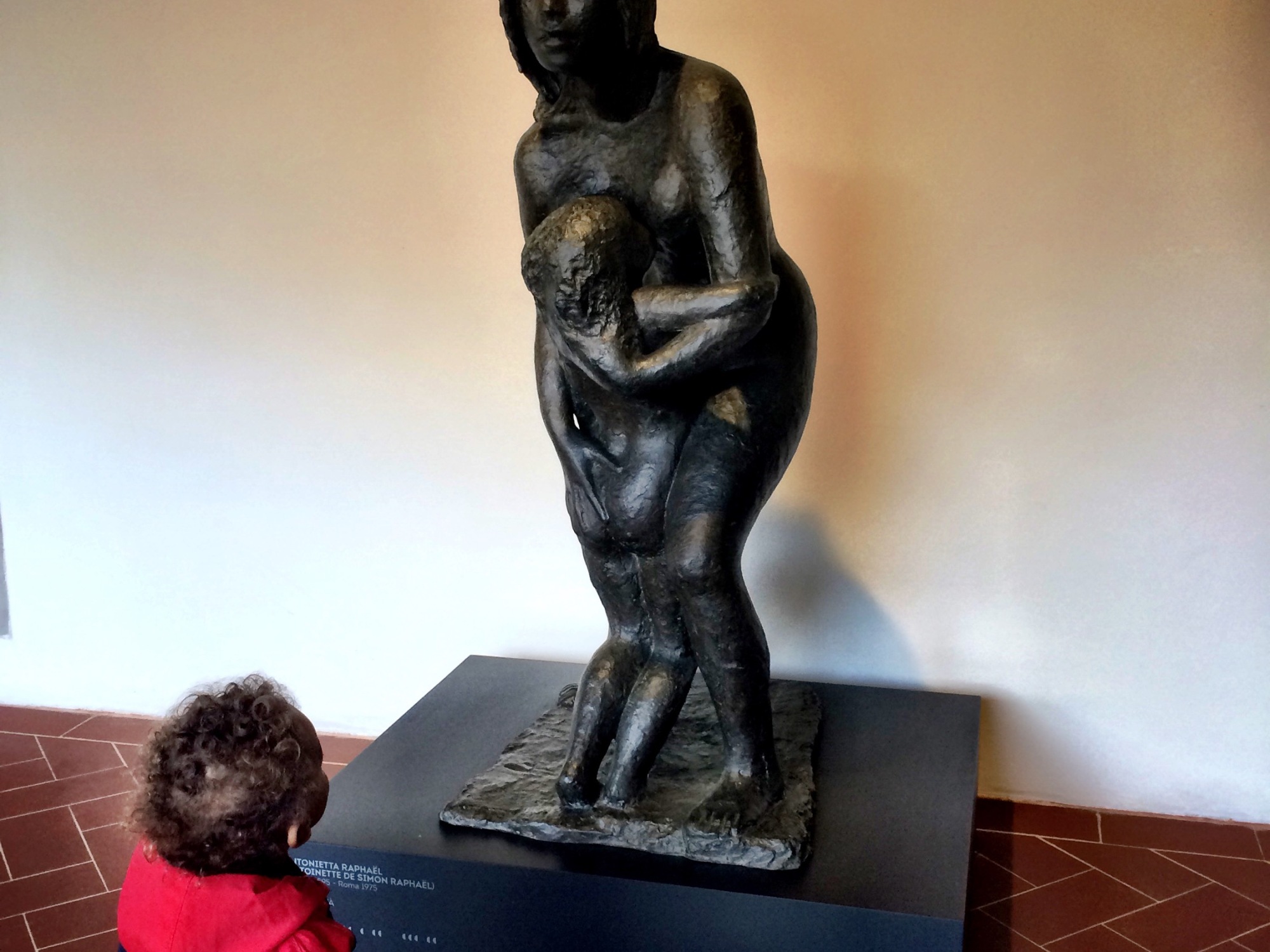 Last night we were staying at L’Orilogio hotel, a very smart place in the piazza Santa Maria Novello, near the train station in Florence. It put us in prime position to explore the relatively new museum of the 20th Century, the Museo Novecento, which opened in June 2014. Most people come to Florence to enjoy the wealth of Renaissance art, so it is interesting to get a later perspective on the creative output of the city. A fascinating film on the top floor shows how the city has featured in cinema from Arnaldo Ginna’s 1916 Futurist Life to Franco Zeffirelli’s 1999 Tea with Mussolini. The first and second floors are dedicated to displaying in rotation the large collection of 20th century art that has been donated to the museum. You start your journey in the 1990s and then head back in time through 1980s postmodernism and performance art, through to the innovative curation of the city’s Schema gallery in the 1970s and back to 1960s avant garde. Upstairs is the city’s civic collection, mainly donated by Alberto Della Ragione, which is arranged in a more thematic way. The piece of art that excited my breastfeeding toddlers the most was a statue by Antonietta Raphael entitled Maternita, a 1964 bronze depicting a mother breastfeeding a standing child. It is not often you see public depictions of breastfeeding, particularly in modern culture – such as films, television and advertising – let alone a breastfeeding toddler, so they were delighted to see a little piece of their private world on display. Of course it put the idea into their heads, so while I was watching the film upstairs I secretly had a child on each breast!